A Brief History of René’s Page

Back in the last century, writer and computer wiz Carolyn Fulton began watching Star Trek: Deep Space Nine, and became thoroughly fascinated by the character of Odo. As Carolyn’s interest intensified, she also began to learn more and more about the extensive career of the wonderful actor behind Odo’s mask, René Auberjonois. Carolyn put her artistic, writing, and computer programminmg skills to work and devoted many, MANY hours (days, weeks, months, years!) to the design and construction of the “René Auberjonois Internet Link” — René’s Page. When René became a computer user and began exploring the Internet in the winter of 1998, one of the first places he discovered, to his delight, was Carolyn’s amazing website.

Because of the increasing demands of other responsibilities, Carolyn had to scale back her involvement with this website. However, she remained our resident HTML expert and all-around computer guru for many years, and her creativity and generosity will always be at the heart of René’s Page. 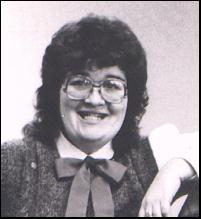 One of these days I really have to come up with a semi-interesting bio. In brief, I’m a writer, an HTML author, a DS9 fan, and considered a reasonably entertaining person. I am owned by multiple cats, most recent in a long line of many, who have passed me down from generation to generation. I am a kitty heirloom!

As you also may have noticed, this is, as a friend of René’s commented to him, “a freakin’ HUGE site!” So, in order to keep things up-to-date and running smoothly, I went hunting for an assistant webmaster. In the fall of 1998, I chose my new “staff”: editor, musician, and Odo-fan Marguerite Krause.

Why would someone spend time hanging out at a website devoted to actor René Auberjonois? Let me tell you a story — no, two stories.

Chain-of-events story: I’ve been involved in Star Trek fandom since the mid-1970s. I’ve gone to conventions and written fanfic, and I published a fanzine of Trek-inspired fiction, In a Different Reality, for fourteen years (during the Empty Years, after the animated series and before Star Trek: The Next Generation, before personal computers and the Internet, when the only way to get new stories about the Star Trek universe and characters was wait for the occasional movie, get friends to write them, or write them yourself). I liked Next Gen well enough when it came on the air, but I was happy to see the debut of Star Trek: Deep Space Nine. To me, DS9 has been the best Star Trek yet, and so it’s only natural that I’ve continued to find good conversation, good fun, and good friends within Star Trek fandom.

Semi-obligatory why-I-like-René story: Right around the time DS9 premiered, I saw a special half-hour TV program on the making of the series, with out-takes from the first episode, “The Emissary.” It was a typical “making-of” special: interviews with producers and special effects people and make-up artists and cast members, backstage shots of scenes in rehearsal, spaceships flying around and shooting at each other…all the usual promo material for a sci-fi show. 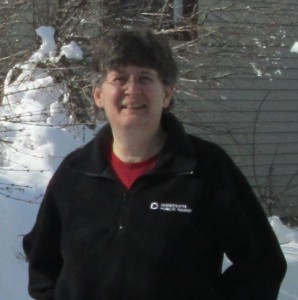 I liked what I saw. I was never too happy with the “all is goodness and contentment in the Federation” aspects of Next Gen, so the darkness and conflict inherent in DS9 attracted me from the start. And since I’ve always been drawn to the “outsider” character in any story, my attention was caught by Odo from the start: gruff but compassionate, and wonderfully contradictory — fluid in form yet rigid in behavior, simultaneously idealistic and cynical, innocent and embittered. Even my first glimpse of the character was intriguing, and as the seasons evolved he remained my absolute favorite of all the people who inhabited that fictional space station.

But that’s just Odo; what about René? He was visible in that “making-of” special, too. It was only a short clip, but for whatever reason, I knew right then that I liked this tall, skinny man who was the actor involved in creating the character Odo. If you saw that special, maybe you remember the moment, too. The off-camera host was interviewing Rene about the show. René was in make-up and costume, sitting (I believe) behind the desk in Odo’s office. The interviewer asked René about the make-up (of course: everyone asks about the make-up!) and although I don’t recall René’s words precisely, he said something like, “It makes my face feel stiff, kind of like acting with a bad head cold. As a matter of fact, I have a cold, so today it’s like a double-whammy cold.”

After that, slowly but surely, as I watched DS9 and enjoyed the exploration and development of Odo, I also started looking for other places to see René at work. It’s been an entertaining search — René has done a lot of fine work over the past 40+ years! As for why I was hooked by an unfamiliar man’s few words about having a cold… I think it was because, in the midst of all the “lights, camera, action!” glitz of the rest of that “making-of” special, that moment with René was one of simple and down-to-earth humanity. I don’t think about it when I’m watching a TV episode or film in which René appears — at those moments I am engrossed in the characters and the story protrayed on the screen. But at other times I find it pleasant to remember that behind the polished performances of a highly skilled actor is a nice human being with a pretty normal life…who, like the rest of us, sometimes has to go to work even when he has a cold.

Well, those are my stories. It’s been nice “meeting” you! But now you’ve heard enough from me. Go out and explore more of René’s Page!