Reviews: Dance of the Vampires

Dance of the Vampires

Financially, Dance of the Vampires got off to a good start, making a profit in its first full week of previews (October 21-27, 2002), but the ongoing critical response of audiences and reviewers varied widely, and the show closed on January 25, 2003 after 61 previews and 56 performances. 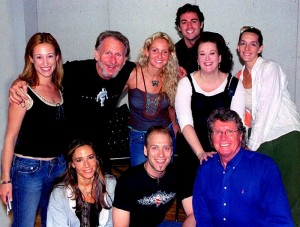 Fans of Vampires created a forum to share their love of the show. Many of the links there have expired since the show finished its run, but you can read this Wikipedia article for a complete history and other items of interest.

We gathered an assortment of articles, reviews, and reports about Vampires and have posted links to them here. Click on any of the articles below to learn more about this mega-size Broadway musical.