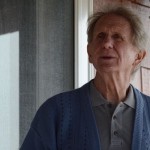 When René filmed his role in this film, it was known only as “Untitled Kelly Reichardt Project”. Now it has appeared at number 12 on The Guardian‘s list of “The 75 films we’re most excited about in 2016” with the title Certain Women. As soon as we hear details of when and where it will be released, we’ll post that information here.