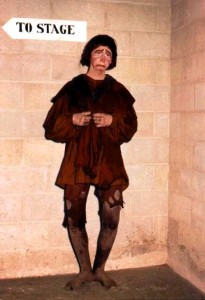 René likes to say that his acting career began when he was six years old, in first grade, living with his family in Paris. At the end of the school year, the students put on a program for their parents. René’s class sang “Do You Know the Muffin Man?” with René as the conductor. When they finished, the audience applauded, and René took a bow. He knew he was not really a conductor — therefore, he must have been acting! On the way home, he announced to his parents, “I’m going to be an actor” — and since then he’s never looked back.

Two of his early roles, according to audience and cast member Caroline Ellis, were “a stellar performance as the evil uncle of the Princess Saralinda in Danny Newman’s production of The 13 Clocks when René was 13. That appearance was followed by the Junior Antrim Players’ (Suffern, NY) production of Alice in Wonderland, directed by TV director Binny Rabinowitz. In Alice, René played the Gryphon to unanimous acclaim. Both shows took place in Rockland County, NY.”

Another of his teen jobs was birthday party entertainer. René says:

“I started doing birthday parties as a clown. I would get paid five dollars to take care of kids at birthday parties and entertain them with a little clown act that I would do. I used to babysit for a man who was a clown with Ringling Brothers and Barnaum and Bailey and he was a wonderful artist in his own right. He taught me clown makeup and clown acting. In fact, as a young person I thought I would grow up to be a clown. I didn’t imagine that I would be a ‘serious’ actor.”

The photo above is of René at 16, during the summer when his mentor John Houseman gave him his first job as an apprentice at a theatre in Stratford, Connecticut.

Who IS this young man? 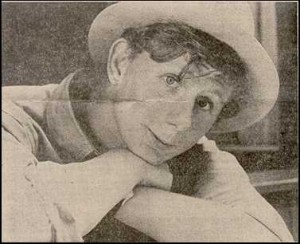 René is wonderful about sending us fun little goodies to share on the page. This, however, is something Carolyn received from elsewhere and sent along for his comments. It elicited the following reply:

“OH MY GOD! I was 19 years old at our vacation house in Switzerland…that’s my Grandfather’s hat!”

He graciously allowed us to share it with you here, along with what we’re sure are a couple of the youngest pictures of René on the Internet! 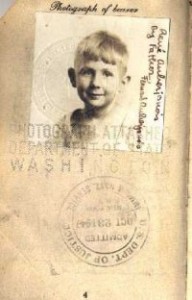 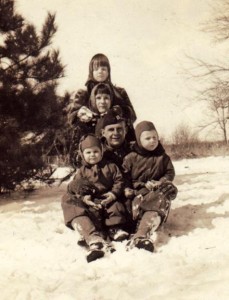 René and siblings with their father, Fernand